195 sovereign states in the world are recognized by the United Nations. Every country has its uniqueness and all of them are uniquely different from each other. Economy, industry, the governing system, and these kinds of things make countries different from each other. The data are based on the consumer price index, the number cost of living, some numerous and international reports. Below we will see the top ten countries that are expensive to live in and understand why. The range of transportation, clothing, accommodation, Internet, utility, groceries, eating out, and living costs are the bases of an assessment published by CEOWORLD magazine.

The financial situation in Switzerland is relatively more convenient than that of neighboring countries. Compared with the average of European countries most products are expensive in Switzerland. A study shows that Swiss businesses and consumers could save 3,6 billion dollars in a year if they could source most products abroad directly.

The country has a clean and safe network of public transport. People who do not have a car can use public transport without difficulties. It has trains, trams, buses and also cycling routes with bicycles. There are also car rental agencies that can help people rent cars. Switzerland has a road network of around 73,000km long, 5,200km of railway lines, a 21,500km public transport network, and 1,000km of mountain railways. Swiss airline flight routes cover 551,700km. The Swiss travel more by train than any other nation in the world, clocking up an average of 2,400 km per person every year within Switzerland.

The average salary in Europe is the highest in Switzerland, it is 7000 USD per month. On average, only the rent of an apartment is 2150 USD per month. Plus the living cost is 1600 USD. However, public education is free, tuition for universities is about 2150 USD on average.

It is expensive to live in Norway but high salaries make it somehow invisible.The average cost of living in Norway will depend on the lifestyle you lead and where in the country you choose to settle. Generally, it costs 2100-4300 USD per month. The service industry tends to be pricey in Norway. This is because the wait staff is paid high wages in comparison to other countries.

Transportation is organized in Norway. Moreover, the world’s longest road tunnel is here. Costing 1 billion Norwegian kroner to build (that's about $110 million) the tunnel connects the small communities of Laerdal and Aurland. Norway placed 83 out of 140 countries regarding the quality of roads. Norway has old water transport traditions, but road, rail, and air transport have increased in importance during the 20th century. Norway is the fifth-largest beneficial ship owning country, with 5% of the world's fleet.

The most interesting thing about Iceland is that there are hot springs all year round where you can swim.

The outdoor experience of bathing outdoors in volcanically heated pools dates back to Viking times. The springs come in all sizes and shapes.

Most all people do not buy bottled water in Iceland. The water is clean there, the water in rivers, lakes, and streams is pure and refreshing.

You cannot find McDonald’s in Iceland. In 2009, Iceland bid farewell to the Big Mac when fast-food chain McDonald’s exited the country. To mark the event, the last-ever burger and chips ordered from the restaurant were put on display in a national museum, before moving to its new home in a Reykjavik hostel. The 99 percent of energy in Iceland comes from renewable sources. Iceland has an abundance of clean, renewable energy thanks to its remarkable geography and geology that provides both hydro- and geothermal resources.

The transportation in Japan is clean, punctual, and comfortable. Not only the transport but also the whole country is safe. It has the world’s lowest crime rates. At the metro and trains, you can see locals who take a nap while having their phone in their hand or visible. Another thing, people don’t even lock their homes all the time or their bicycles. That’s how safe it is in Japan.

Giving fruit as a gift is very common here. The fruit is getting cheaper to buy in Japan, the tradition from the past lives on. Back in the days, it was really expensive to buy fruits because only a handful of fruits grow naturally in Japan.

People always buy their breakfast or lunch from a supermarket and even eat them there. The fact is that most people don’t have time to cook a full meal at home before they go to work, and that’s why it’s so convenient to buy a hot or cold coffee in the morning along with a sandwich or onigiri.

The country is known as a bicycle-friendly country designed with comprehensive systems of bicycle lanes. Lots of people use bicycles instead of other means of transportation. Moreover, cars, bicycles, and motorcycles are expensive in Denmark. The two categories in which Denmark did not have the most expensive purchasing prices include alcohol and tobacco. For clothing, Denmark is the second expensive country. The price level of a comparable basket of food and non-alcoholic beverages was 150 percent of the average in Denmark. Restaurants, for example, are generally much more expensive, and most Danes cook and eat their meals at home. For most families eating out is for special occasions.

Everyone in Denmark pays a much higher percentage of their income in taxes - even the poor, who are particularly hard-hit by the 25% sales tax on just about everything.

The Bahamas is one of the countries where eating out is expensive. Home rent is even cheaper than in the US, however, the electricity and other utilities are really expensive.

Travelers usually visit here to see the underwater life because scuba diving is developed. If you haven’t been sport fishing or bonefishing before, The Bahamas is a good place to start. You’ll enjoy this experience, even more, knowing before you go, that the waters of The Bahamas are filled with marine life, which is sure to make your fishing expedition that much more exciting. For sport fishing, try The Biminis, which has a reputation for having the best sport fishing in the world.

Nassau and Paradise Island are both great options for jewelry shopping, as well as finding brand name fashion including Louis Vuitton and Gucci. So, if you want to do shopping you can find lots of different things here.

Luxembourg has the highest rate of car ownership in the world, with an average of 647 car owners for every 1,000 inhabitants. This is far from surprising when considering that nearly half of the country’s workforce are cross-border workers from Belgium, France, and Germany. About half of the country are immigrants, however, it does not play a role in the case of being an expensive country. The education system has a 100 percent adult literacy rate, and students must graduate with full fluency in German, French, and Luxembourgish. Students register for state schools with their Social Security, and children of ex-pats usually attend international schools, which can go up to almost €19,000 per year. University fees, however, are much less expensive. Employees pay towards their pension and health insurance directly via their salary, but the majority of social security and pension is paid for by the employer. Those that earn less than €11,265 a year do not have to pay taxes, with the maximum paid to be 42 percent on an income that is greater than €200,004.

Public transportation in Israel is quite convenient, especially for traveling between cities. Buses, trains are the most common means of transportation in the country. There are also car rental agencies that can provide cars for 400 USD per week, plus the car rental insurance that can cost about 80 USD. The utility costs are expensive. Israel has 137 beaches. It’s a haven for sun, sea, and ‘market’, the unofficial, yet somehow official national sport, which is a traditional beach game of tennis without a net or scores. The country also has an underwater restaurant where people can enjoy Middle Eastern cuisine.

Buying a car in Singapore is not a good idea, because you should spend 1500-2000 USD per month on it, however, public transportation is cheaper. Besides transportation, the groceries are also expensive, if a person cooks every day s/he should spend about 200 USD per month only on groceries. Singaporean citizens receive primary education for free. Secondary education costs about $5 per month. While there are other costs related to education, they do not exceed $30 per month in either case. So, education is still made available to all Singaporeans.

Eating out Korean food is expensive. Moreover, supermarkets are not cheap. Buying food from the supermarket can cost 500-1500 USD per month for one or two people. Transportation is affordable. Metro tickets cost around 1 USD. Utilities are cheap here.

All residents of Korea are required to have basic medical insurance, which comes directly out of employees’ paychecks. If you are married and unemployed, then you can be put on your spouse’s insurance.

South Korea is the largest market for p[lastic surgery per capita in the world. It is estimated between 1/5 and 1/3 of the women in Seoul have gone under the knife for at least one cosmetic procedure.

An American poet, Robert Frost said, “A bank is a place where they lend you an umbrella in fair weather and ask for it back when it begins to rain’’. Banks have their roles in the life of a country and an individual. The 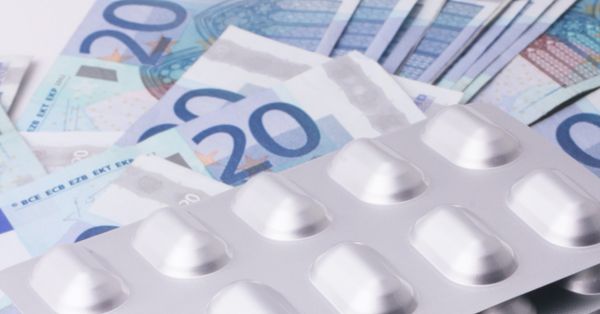 Medical debt is different from other debts because it is for a service or treatment which you needed to undergo out of necessity. It occurs accidentally. People do not plan